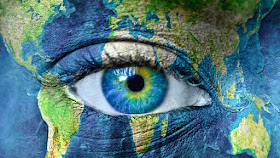 Gaia Faeries return in fullness to the planetary surface.

Caretakers are called and respond on all dimensional levels.

It is always interesting to hear the old English language spoken in these updates from Gaia Portal. To be honest, I am unsure as to why this type of language is used to communicate in modern times. However, with some understanding, it is very possible to appreciate these updates.

If we are to take the entirety of the statements in contexts, it seems as though benevolent beings which are likened to fairies, who at one time may have left the Earth plane, are now returning. If this is the case, it may be that the darkness which has been in control for thousands of years up to this point, is lifting.

Though the concept of fairies holds both a positive and a negative connotation throughout history, it would seem that this update offers a more positive take on their return to the planet. If these beings are returning and they have the role of caretakers and peace-bringers (or "placids") and soothers of the planet, this might indicate their positive polarity.

The green healing energy also indicates a connection to the heart-space or heart chakra. This heart connection is also said to be the energy of the 4th density, or the dimension of space into which the Earth is currently progressing. From this update, it seems that we as a planet are coming out of a long-endured space of darkness and despair and are moving more into a place of peace, tranquility, healing and rejuvenation.

As we learn of this possibility, we have every opportunity to create our experience relative to it. By doing so, we can ensure that our highest and greatest intentions manifest—not merely existing as a faint hope from one websites, but as our own intended future and creation.

Mastery and Manifestation – A Lesson on the Power of Mass Consciousness, and the Key to our Divine Creativity