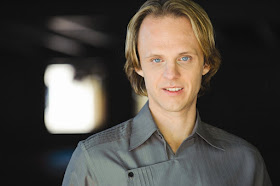 This update was very unique in that it contrasted the general vagueness that has accompanied previous disclosures regarding the anonymous 4Chan sources. According to David Wilcock, the source who called themselves Mega-Anon on the 4Chan website contacted Wilcock and briefed him on the situation taking place behind the scenes of international reform.

It has come to be expected that when any insider has important information to disclose, they will typically choose David Wilcock to disclose the majority of their testimony. In this way, it seems that Wilcock has become known is a sort of walking confession booth of the top-secret community (only without the whole Templar racket). In all seriousness though, much of the intel which Wilcock has revealed holds extreme potential to change the situation on our planet, which can make this information rather dangerous to disclose.


David Wilcock - Something Very Big is Coming, Part II: Is Wikileaks About to Drop the Nuke? - Links and Commentary

We may also observe the fact that much of the intel disclosed to Wilcock from anonymous sources seems to corroborate well with the open sources who have come forward.

Pete Peterson—who had remained anonymous for years before actually coming forward—has been a highly respected source of intel both before and after he revealed his true identity. Since then, Peterson has suffered the loss of virtually everything he owned in what appeared to be an illegal seizure of property by parties who appeared to be police officers, according to reports. These people ransacked and then evicted Pete from his home, confiscated all of his property, and anything left, they either destroyed or threw away.

This was the apparent cost of revealing the detailed information which Peterson had up until that point—first on Project Camelot, then through numerous briefings, and most recently on the Cosmic Disclosure series on Gaia along with further private briefings. These occurrences also demonstrates the extreme risk which many insiders take in revealing the intel they do. So when we hear from a potential source such as the Mega-Anon personality, there is a good chance that they take a similar risk.

I was surprised and pleased to hear that my initial guess was somewhat accurate in that the Mega-Anon source (or a source relative to Q) was a woman. The personality, wit, and complexity of logic meta-analysis behind previous posts tipped me off that a woman may have been behind them. This complexity of content has proven to be beneficial in that it provides the opportunity for further growth and discernment in researching this information.

These updates by Mega Anon may be some of the most intriguing up to this point. I have other guesses as to the details and reasons behind who the sources actually is, but I will leave those for you to ponder on your own. What is most important is our ability to research and to independently vet the information we receive. If we can do that, we'll be much better off.

MEGA ANON TALKS: I can confirm that I did have a conversation with the one and only Mega Anon, as she has now confirmed in her 4Chan posts, linked below.

In case you have not been following this, she is aware of the Alliance takedown operations against the Cabal on a level that very few, if any other insiders have at this point.

She has prognosticated major, major shakedowns that will take place soon enough. In so doing she has validated many of the specifics I have been talking about since 2009.


This insider is, I believe, MORE significant than "Q Anon," since she also confirmed what others have said -- namely that this source has been taken over, possibly since November 1st, and is now 50 percent disinfo, if not more, sadly enough.

It is always very fascinating to talk to a new insider. She had an encyclopedic knowledge of the Mega Anon posts, and spoke so fast about such technical things, and all the names, that at times I was either lost or struggling to keep up.

Her voice and personality has a great deal of character and snark, and if she ever can come forward, safely, she will be a breath of fresh air. Hardly any of the "real insiders" have ever been women.

Despite the similarities in style, sentence mechanics and overall content between her and the FBI Insider on 4Chan who had posted since July 2016, I now believe they ARE different people.

Almost the first thing I did was to apologize to her for my misunderstanding, and convey how impressed I was that she was able to locate my private number and call it.

I had to go to a funeral this weekend (not of someone I personally had known) and have been very distracted. I found out from Corey that the emergency fundraiser has saved him and his family, and I / we are deeply grateful for that. Thank you very much for stepping up!

Talking to Mega is one of the most fascinating things that has happened to me in a long time. She does not want to give information about who she is or is not, and I respect that due to the risks involved in talking.

She incidentally hates the name Mega Anon but also did not give me anything else to use in place of it. LOL.

Nonetheless, she did say she is NOT a part of any branch of the military, or intelligence agency. That being said, she obviously has very high-level access.

Sphere Being Alliance - Short Update for November 29 - New Forthcoming Intel, Rumors of Mass Arrests, and a Request for Help

From her perspective we are not going to see "mass arrests" as certain intel had so strongly suggested in the past. Instead, we will just get wave after wave of increasingly bigger events -- some perps grabbed here, some there.

Nonetheless, this should all build by leaps and bounds and eventually get to a point where we are in a very different world than we are today.

I will have more to write once things settle down again. I just did not want to leave her hanging out there without confirming that we did have an initial conversation, and I look forward to there being more of them.


I am going to be taking certain steps to try to make these conversations more secure as well. Open lines are probably not a good idea -- at all.

Here is the thread where she confirms our discussion, as linked from ToddWhiskey's Reddit thread, which is here:

Scroll down to the fifth post to read what she said:

Wisdom Teachings with David Wilcock - “The Cabal’s Downward Spiral” - Assessing the Final Days of a Crumbling Cabal, and a Prelude to Breakthrough

Tom DeLonge and the Beginning of Partial Disclosure – Analysis, Links, and Commentary

David Wilcock - Something Very Big is Coming, Part II: Is Wikileaks About to Drop the Nuke? - Links and Commentary

Vegas Terror and Disclosure: Is Something Very Big About to Happen? - Divine Cosmos - Links and Commentary

Sphere Being Alliance - Short Update for November 29 - New Forthcoming Intel, Rumors of Mass Arrests, and a Request for Help